What’s in a name? – Castle Mountain 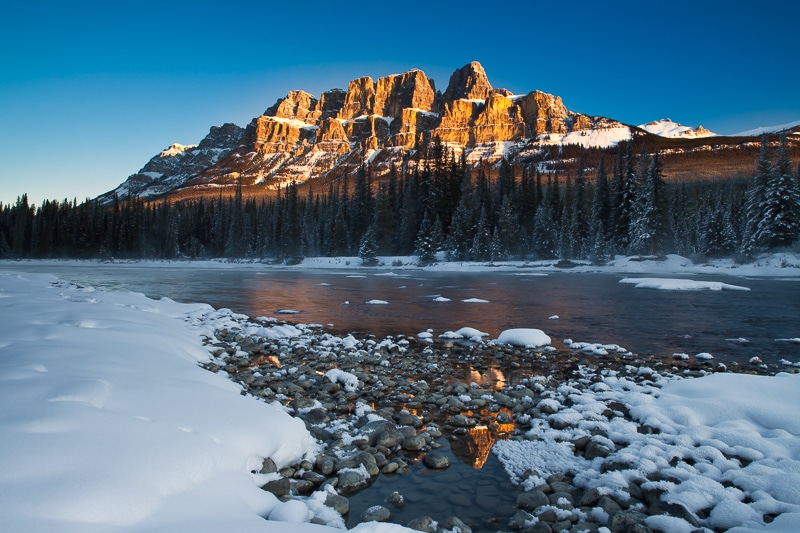 Castle Mountain (2766m) was named so in 1858 by Sir James Hector for its castle-like appearance. In 1946 however, the mountain was renamed to Mount Eisenhower in honour of the WWII General Dwight D. Eisenhower. In 1979, the name changed back to Castle Mountain due to mounting public pressure. Not willing to give up the Eisenhower name altogether, it was decided to name the mountain’s south-eastern point (right side) “Eisenhower Peak”.